Get A Tail Period
Click Here To Try Before You Buy 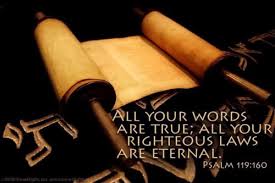 Passover is coming!  As I was contemplating the concept of removing leaven over the last several weeks, a man from my congregation shared how he and his roomates scoured the house for leaven last year and thought they had gotten every last crumb. A few weeks after Passover was over, one of them went to clean the toaster and found 6 months worth of crumbs on the bottom.  It was a striking lesson to me that sometimes, the leaven (sin) can be right in front of us and we can miss it. It can hide until the Ruach shows us what is truly in our hearts. Sometimes, He will do this in a gentle way through the scripture or perhaps, if we are not 'getting it', He will use pain or difficult circumstances in our lives to help us realize where we need to change. I want to point out some areas where we can have blind spots...as we get ready physically for Passover, let us get ready spiritually also.

So friends, I encourage you to rid yourselves of the leaven in your homes and hearts. No-one is perfect but we seek to be like Y'shua and in that way, we are seeking to attain perfection. I look forward to the day when we will stand before Him and He will clothe us in perfection. Until then, we have to search for the leaven and humble ourselves before Him and be willing to make changes in our lives no matter how difficult. Be blessed this Passover with the amazing gift of life and the exodus of our souls from darkness into light!