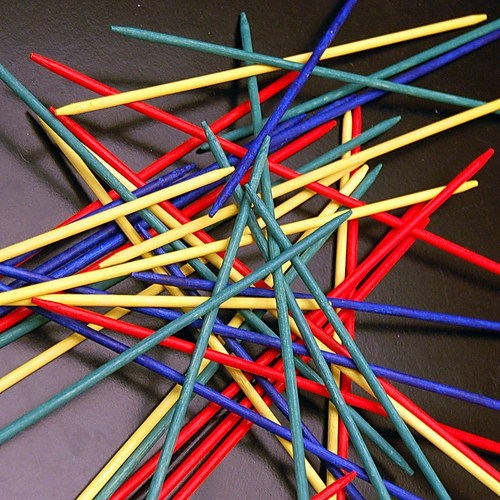 When I was a little girl, my mom used to read Aesop's fables to me.  I remember the story of the man and his son going to the market to sell their donkey.   As they were on their way to the market, they met all kinds of people who each had their own, seemingly sensible ideas about how they should take the donkey to market.  Some thought the father should ride him to the market, some thought the son should ride him and later on the last group thought that the father and son should carry him to the market.  In the end the donkey became frightened and ran off and they had no donkey to sell.  The moral of the story is that if you try to please everyone, you will end up pleasing no-one.  As a child, I understood the meaning all too well.  I was not a people pleaser but I had had quite a few friends who were and they always seemed to be changing their wardrobe, hairstyles, attitude and mannerisms to try and please whomever they were following that week.  Honestly, I can see the same thing happenening in the Messianic crowd and it is troubling me.

To be frank, I find that many Messianics are takers and complainers.  They hang on to their brand of Messianic doctrine and criticize...those who use the wrong name for Yahweh, those who do/don't cover their heads, those who do/don't wear tzittzits, those who are still struggling to leave all Christian traditions behind, those who do/don't eat kosher the way THEY think kosher should be eaten, those who do/don't still celebrate the pagan holidays, who Israel is, etc.  It is almost exhausting and disheartening to read the argumentative Facebook posts that end up getting into name calling and rudeness.  I am not saying that we can't disagree with one another, even Paul and Barnabas disagreed, but our disagreements should not end in mud slinging and hatred.  Did not Yeshua say that they (the pagans) would know us by our love for one another?  Yet, people get angry when they are booted off Messianc FB groups after they have been throwing mud at other members.  I am not advocating a passive, say nothing about your beliefs attitude but rather, share your beliefs in kindness.   I see so many Messianic ministries floundering because people refuse to give money and the pastors practically have to beg for funds and then people accuse them of being money hungry.  This is wrong!  If you are getting spiritually fed from an online ministry, you should be supporting them financially...this is just common sense.   Why do we support the world by spending so much money on movies, sports games and music concerts and yet we won't give to ministries that are making a difference for eternity?  You will be held accountable...for where your money is, that's where your heart is also.

I have received numerous emails since the creation of this site about one subject or another and for the most part, they are very negative and critical.  It would be nice to receive more positive emails but I wish to make one thing clear, I am still not a people pleaser...I must still do as Yahweh leads me.  Can I be wrong about issues?  Yes.  However, it must be the Ruach HaQuodesh that shows me where I am wrong...He can use people to challenge me (that's why I am Messianic and not a Christian, someone challenged me to rethink my beliefs) but ulitmately I am listening for His voice.  I am not about to kick people off this site because they have different views than myself, but I wish to make one thing clear...any member who is not happy with our FREE site is FREE to cancel their membership and receive a full refund for any donations they made.  This, in and of itself is laughable because, since the site has started, not one person has donated a dime.  It is discouraging to spend 8-10 hours a week, updating the site, answering emails, writing articles and preparing update emails as well as paying to host the site only have people respond by not donating and criticizing the site content.   I am NOT trying to solicit funds but I am making it very clear that unless more donations come in, I cannot honour requests to upgrade the site or to advertise in order to get more members.  To be clear....Membership is free and will always be free as long as I can help it.  I am not trying to perpetrate a guilt trip, only to state my position clearly and honestly.

I am not going to get into which spirit, Jezebel or otherwise, is causing this desire among Messianics to control and argue doctrine but I will respond with this.  Love Yahweh by obeying His Torah and love your fellow brethren by showing mercy and gentle rebuke.  Pride does not show up only when we are praised but it rears it's ugly head when we are criticized also.  If we can't handle rebuke with grace and a sweet spirit, we are proud and unteachable.  I personally pray over the criticism I receive (even though some of it is not given very nicely) and I ask Yahweh to help me understand the heart of the person sending it.  I am not perfect, I am going to do things that some of you will not approve of in the running of this site but I want to be clear, I must do what Yahweh says.  If you think that I need to change, by all means send me a loving email of correction...but ultimately, please pray for me that Yahweh will open my eyes to the truth.  I pray the same for all of you and perhaps we can help each other through the muddle and confusion and into the glorious light of His Torah.

Start being the change you want to see and stop arguing doctrine and mudslinging on FB and otherwise.  Encourage those who labour our of love for Yahweh and correct and receive correction in humility.   Yeshua only became angry at those who were so proudly set in tradition and their own ideas that they refused to be humble enough to listen to a carpenter's son who had the truth.  Pride blinds us to the truth and even if we have the truth, our pride will blind anyone else from listening to the truth we speak.  Humble yourselves, seek his face, act justly but love mercy and Yahweh will be glorified in your life.